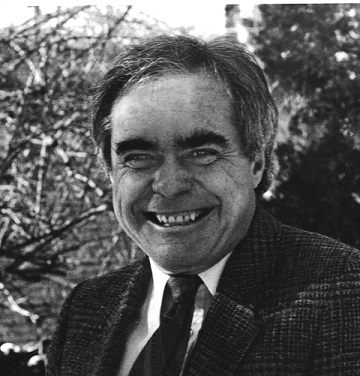 Husband, father, grandfather, great-grandfather, physician, researcher, teacher, skier, tennis player, golfer, exuberant undeterred guitar strummer and unaccomplished singer, inimitable reader of “The Night Before Christmas”, aficionado of fine food and wine, true friend (aka Rotten Pierre), lover of life, inspiration to many, and a grateful beneficiary of a charmed life. He was an honourable and deeply loved man. Peter drank lustily from the cup of life until, after the death of his beloved wife Ruth, he determined that he was now full.

After graduating from Queens (Meds 56) and two years of postgraduate training, Peter completed subspecialty training in Boston. He returned to Kingston as a clinical assistant, found a permanent position at Queen’s and rose to the rank of Full Professor, with cross-appointments in the Departments of Paediatrics and Oncology. He was the founding Head of the Division of Hematology/Oncology and directed the Hematology training program for over 25 years. He ran a division renowned for its compassion both for patients, and for the interns and residents who rotated through.

Peter was also instrumental in establishing the chemotherapy unit at Kingston General Hospital and was a founder of the Palliative Care Service. He was one of the founding members of the Canadian Hematology Society and became its president in 1984. Peter was elected by his Canadian colleagues as a councillor of the American Society of Hematology (1987-1991) and appointed to two ASH sub-committees.

When Peter suddenly became ill his children honoured his fervent and oft-repeated wish to prioritize quality of life over quantity, and to forgo treatments that realistically would only extend the dying. Peter had a say in the ending of his life’s story and he chose comfort care. So, amidst the laughter and tears of his loving family he achieved what he set out to achieve a good and gentle death. Peter’s family found peace, knowing they had kept him safe along his journey. There are three people who deserve special mention for the safe and loving space they ensured for Peter in his later years. Helene Reis was a beacon of hope, his trusted confidante and the most loyal of friends. David Freedman welcomed Peter into his home unconditionally, became the de facto guardian of Peter’s dignity and agency, and a stalwart source of empathy when Peter needed respite from the machinations of his bossy daughters. Amey Brooks provided a charming haven at Brooks Landing, and the care that she poured on dad and his family goes so far beyond expectations that words defy us.

In lieu of flowers, Peter would welcome a donation directed for the establishment of The Peter R Galbraith MD Award for Palliative Education to promote and support advanced training in palliative care medicine within Hematology and Oncology.

Please be sure to fill out the commemorative portion of the giving form entitled "Dedicate my gift." This will allow Queen's to notify Peter's family of your thoughtful donation to The Peter R. Galbraith MD Award for Palliative Care Education.